Created by Kingstonians 17 and under, this collection of shorts will delight and inspire you as they capture the creativity, ingenuity, sincerity and humour of the next generation of great Canadian filmmakers.

A documentary on the ever-increasing cost of post-secondary education in Canada.

When a teen and his friends decide to spend the weekend at his grandfather’s cabin, they discover a mysterious book about a terrifying creature that roams the woods.

An animated short about a shy teen trying to work up the courage to ask out his crush.

The Earth is experiencing technical difficulties, leaving Austin with a tough choice to make: remove the virus, or continue to live.

A story of self-expression, conformity, and the desire to belong told through dance.

A bullied loner is befriended by a new classmate who teaches him to let loose.

A cryptid hunter with a troubled past and his lackadaisical sidekick attempt to track down the elusive Mothman. However, what they discover may test the limits of their sanity.

A mockumentary about an eccentric outcast with a passion for throwing surprise parties.

When a strange delivery woman with a mysterious package shows up in his warehouse, a selfish businessman will learn the consequences of his actions.

An expressionistic film about a young woman trying to escape from her own escapist tendencies.

Directed by Emily Russell
A young woman struggling with insomnia seeks out medical sleep therapy. As the night unfolds, she realizes that the unusual clinic may be a front for something much darker. 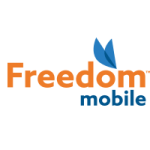