Many people far from Toronto’s City Hall were gripped by the strange and sordid saga of Rob Ford, the underdog mayor whose personal troubles and excesses made for several of the most, er, interesting years Torontonians had ever seen. As a larger-than-life figure, Ford is tailor-made for feature-film treatment and first-time writer-director Ricky Tollman takes on the challenge with the help of stars such as Scott Speedman, Nina Dobrev and Damian Lewis, who clearly relishes the chance to play Ford. The result is a fleet-footed and high-energy satire that mixes fictional characters with real incidents that even now seem hard to believe as true. 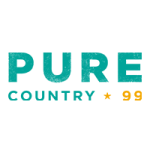