The real-life drama of competitions so often make for compelling documentaries and that’s true even when it comes to the surprisingly high-stakes world of competitive organ playing. Stacey Tenenbaum’s eminently tuneful doc introduces viewers to five very talented and determined players who come from around the world to fight for supremacy at Canada’s prestigious International Organ Competition in Montreal. Only the most fleet-fingered and -footed warrior can hope to win the battle portrayed in Tenenbaum’s unique and engaging look at a fascinating corner of the music world.

Stacey Tenenbaum is an award-winning creative producer and director. In 2014 she founded H2L Productions, a boutique documentary film production company specializing in crafting character driven stories which are shot internationally. H2L Productions’ first documentary feature Shiners was broadcast on the Documentary Channel, TV5 Quebec, and PBS / Independent Lens. Her second film Pipe Dreams Premiered at Hot Docs in 2019 and was broadcast on Documentary Channel and PBS / Independent Lens. Stacey is currently in production on Scrap, a character driven environmental documentary for the Documentary Chanel in Canada. Before turning her attention to film, Stacey worked in factual television for 16 years, producing and co-creating award-winning documentary series such as The Beat (CTV) and In Real Life (YTV).

In 2012, Stacey was nominated for an International Emmy for In Real Life III. Stacey is known for her ability to find and connect with great characters around the world. She is passionate about making cinematic films which are filled with humour and heart. 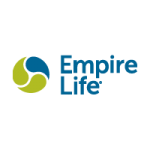 the royal college of canadian organists