The real-life pain and grief of so many families and communities are made all too vivid by director Sonia Bonspille Boileau’s affecting and sensitively rendered drama about the desperate search for a teenager who vanishes from her Mohawk community. That the story is related largely from the perspective of the teen’s 8-year-old sister Ivy (Lake Kahentawaks Delisle) adds to both the poignancy and urgency of RUSTIC ORACLE. In her second feature after her award-winning debut LE DEP (KCFF15), Boileau deftly situates the experience of one family within a wider consideration of Canada’s crisis of missing and murdered Indigenous women.

Sonia Bonspille-Boileau is an Indigenous writer and director. She was raised between Oka, where her French-Canadian father hails from, and Kanesatake, the community of her Mohawk mother. Her 2010 film, Last Call Indian, focuses on her personal connections to her Kanesatake, government intervention into Indigenous life, and her family’s ties to the Shingwauk Indian Residential School. Boileau is bilingual, and has created, directed, and produced works in both English and French. 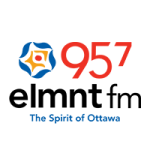