One Day in the Life of Noah Piugattuk

A master filmmaker who’s made an indelible impact on world cinema with images and stories of the north, Zacharias Kunuk returns with his most remarkable feature since his 2001 landmark Atanarjuat. His subject is a real-life encounter in 1961 between his film’s title character – an Inuit camp leader played by Apayata Kotierk – and a government man who’s come from the south to facilitate the end of a way of life for Piugattuk and his people. But while the underlying themes may be grave, Kunuk’s film plays more like a comedy of manners about people from two different worlds trying to communicate, with some of the most important matters inevitably getting lost in translation.

Zacharias Kunuk, OC, ON is a filmmaker, sculptor and visual artist based in Iglulik (Igloolik), NU. Kunuk has redefined filmmaking in Canada and has been at the forefront of innovative use of broadcast technology in the North. He is perhaps best known for his debut feature film Atanarjuat (The Fast Runner) from 2001, the first Canadian feature film produced entirely in Inuktitut. Atanarjuat (The Fast Runner) won six Genie Awards and was ranked the No. 1 Canadian film of all time in a 2015 poll conducted by the Toronto International Film Festival. He is the co-founder of Isuma Productions, the first independent Inuit-led film production company in Canada. He continues to create groundbreaking work in the Canadian and Inuit film industries. 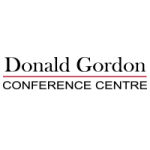