Screening with SONGS MY MOTHER TAUGHT ME

Last at the festival with her thriller BERKSHIRE COUNTY (KCFF15), Kingston’s Audrey Cummings has swiftly become one of Canada’s most prominent genre filmmakers and her latest shows why. Less of a sequel to the 2015 horror-comedy hit HE NEVER DIED and more like a sister with her own sensibility, SHE NEVER DIED stars Olunike Adeliyi as a homeless woman whose strange manner and stranger appetites make her a serious threat to the ruthless criminals who are up to no good in her neighbourhood. But what’s bad news for the villains is good news for viewers of Cummings’ new movie, which boasts plenty of style, attitude and energy along with all the requisite thrills.

Audrey recently completed her third feature film She Never Died, an immortal action thriller that starts its festival run with Screamfest L.A., Grimmfest U.K. and 12 other festivals this Fall.  Her second feature film Darken, a sci-fi thriller which takes place in a parallel world, has won her 6 awards including Best Director and two Best Feature Film Awards.

Audrey also directed the award winning horror/thriller feature Berkshire County which won her 9 awards including Best Director and the Grand Jury Prize for Best Feature Film at Shriekfest Los Angeles; making her the first female to win the award in the 17-year history of the festival.

Audrey is a graduate of the Canadian Film Centre’s very prestigious Director’s Lab Program and is in development on several feature films as well as a 1hour sci-fi/drama television series. 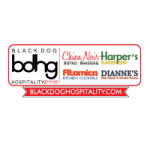