This is not a movie

One of Canada’s foremost documentary filmmakers thanks to successes like UP THE YANGTZE (KCFF08), Yung Chang returns with what may be his most compelling and timely work to date. The tragic history and daunting political realities of the Middle East are conveyed through Chang’s richly textured portrait of Robert Fisk, a British reporter who has spent decades covering all of the players in the region, sometimes sparking controversies in the process. Mixing interviews with Fisk with riveting scenes of him in the field in Syria and elsewhere, THIS IS NOT A MOVIE goes beyond the headlines to compel audiences to ponder the responsibilities and challenges of the media in an era of Fake News and intense polarization.

Yung Chang is the multi-award-winning director of Up the Yangtze (2007), China Heavyweight (2012), The Fruit Hunters (2013), and Gatekeeper (2016). In 2015, Chang was a Fellow at the prestigious Sundance Institute Directors and Screenwriters Labs, where he worked on his first dramatic feature, Eggplant. Chang’s latest feature documentary, the NFB-co-produced This Is Not a Movie, follows Robert Fisk, the controversial Middle East correspondent.

Chang’s films have screened at international film festivals, including Sundance, Berlin, and Toronto, and have played theatrically in cinemas around the world. Up the Yangtze was one of the top-grossing documentary releases in 2008. In 2013, China Heavyweight became the most widely screened social-issue documentary in Chinese history, with an official release in 200 mainland Chinese cinemas. In addition, his films have been viewed by millions thanks to broadcasters such as National Geographic, Channel 4, CBC, PBS, NHK Japan, and ZDF Arte.

Chang’s films have also received critical acclaim in cities across the globe, from Milan to Vancouver to Taipei, winning Canadian Screen Awards, Golden Horse Awards and Cinema Eye Honors, among others, and garnering nominations from the Toronto Film Critics Association, Sundance, the Emmys and the Film Independent Spirit Awards. 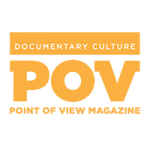