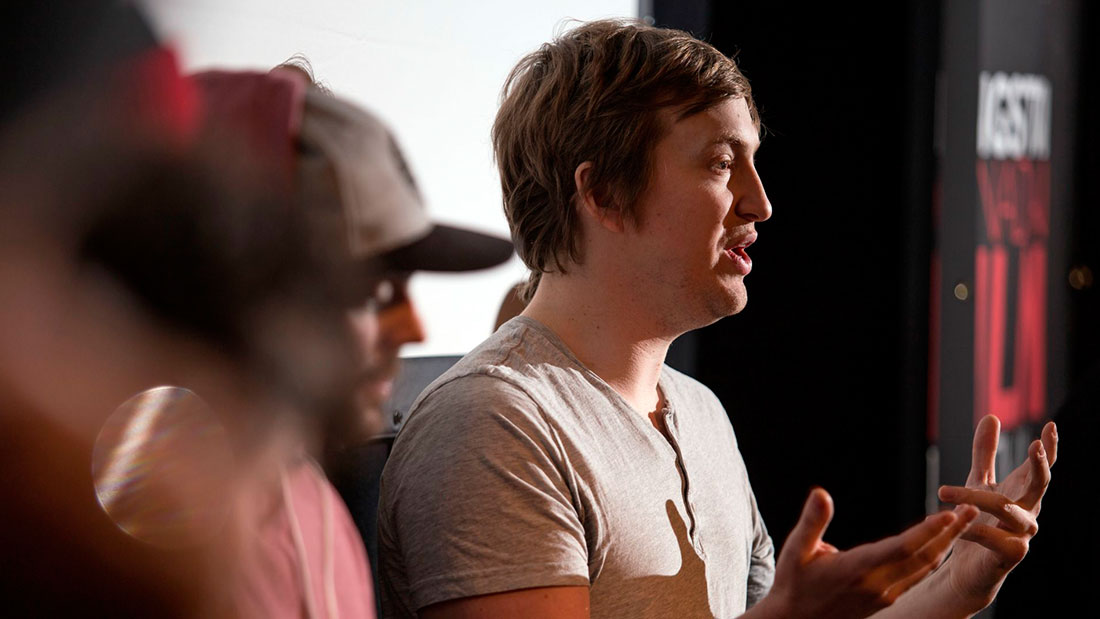 After attending film school at York University in Toronto, Matt Johnson went on to create the web series Nirvana the Band the Show (2007-2009). In 2011, he wrote and starred in the short film The Revenge Plot, which won the RBC Audience Choice Award in the TIFF Emerging Filmmaker’s Competition. That same year, he also participated in TIFF’s Talent Lab, which led him to start his first feature film, THE DIRTIES (2013). The film had its world debut at the Slamdance Film Festival (Utah, USA), where it won the Grand Jury Sparky Award for Feature Narrative. Matt Johnson’s latest feature is OPERATION AVALANCHE which showed at Sundance 2016.