Road to the Lemon Grove

Directed by Dale Hildebrand and adapted by Kingston’s Charly Chiarelli from his hit one-man show, ROAD TO THE LEMON GROVE serves up a wealth of insights about the Italian-Canadian – or rather Sicilian-Canadian – experience along with all the beautiful scenery and big laughs that viewers could demand. There’s also a valuable message about the importance of cultural reconnection in the story of Calogero (Chiarelli), a hapless man who comes to Sicily to carry out his deceased father’s wish to have his ashes spread in the lemon groves of his youth. Scheming relatives, a glamorous movie star and his father’s pesky ghost (also played by the multi-tasking Chiarelli) add to the list of complications on Antonio’s quest in this boisterous comedy.

Dale Hildebrand is an award winning producer, director, writer and cinematographer. Known for films such as “T O in 2 4” – winner of 28 international awards, including Best Picture, Best Director, Best Cinematographer, 3 Gemini Nominations and a Gemini Win. Embedded behind enemy lines in Afghanistan, Dale was the Cinematographer for the feature film “Hyena Road”, where he filmed actual in-theatre war footage for the movie, as well as 2nd unit Director of Photography in Jordan. Director of the comedy/drama, “Road to the Lemon Grove”, the film has garnered Best Comedy Feature Film Award at the Edmonton International Film Festival as well as the CIRS award in Taormina Film Festival and Best in Performance and Best in Italian-Canadian Cinema at the Italian Contemporary Film Festival. 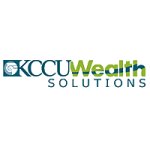