Goin’ down the road

Released in July 1970, Goin’ Down the Road ushered in the modern era of English-Canadian filmmaking.  Pete and Joey migrate from Nova Scotia’s economic dead end to the promise they imagine in the big city, a new Toronto of chrome and glass, but also an understory of bug-infested rooming houses and the pop bottling plant that, for a while, provides them a minimum-wage living.  Director Don Shebib and cinematographer Richard Leiterman captured the late 1960s scene with a documentary eye, and William Fruet’s carefully crafted screenplay conveys a fable of hope and, as Bruce Cockburn’s song puts it, “hard times sold in vending machines.”  Don Shebib will attend this silver anniversary screening of an instant classic and popular success when it first appeared 50 years ago.

Don Shebib is a pivotal figure in the development of early English-Canadian cinema and an eloquent, compassionate chronicler of individual alienation and collective Canadian angst. One of the best complete filmmaking talents of his generation, he played semi-pro football as a young man, studied sociology at the University of Toronto and film at the University of California, where he made his first shorts. Returning to Canada, he directed, shot and edited several award-winning, lucid documentaries for the NATIONAL FILM BOARD OF CANADA (NFB) and the CBC before turning to feature filmmaking.

In the summer of 1969, on a miniscule budget of less than $75 000, he directed the cinéma-vérité-influenced docudrama GOIN’ DOWN THE ROAD on the streets of Toronto. Written by William Fruet, photographed by Richard Leiterman, with a musical score by Bruce COCKBURN, Goin’ down the Road’s Pete and Joey are 2 wistful roustabouts from the Maritimes with 30 bucks and an abused Chevrolet labelled “My Nova Scotia Home.” They head for Toronto, where they find temporary work in a soft-drink factory, drown their troubles in beer and make various futile attempts to improve themselves. With pitch-perfect performances by Doug McGrath and Paul Bradley (who was an untrained actor), the film won CANADIAN FILM AWARDS (CFA) for best feature film and McGrath and Bradley shared the acting award.

Since its release in 1970 to commercial and critical success, Goin’ down the Road has come to be regarded as one of the best and most influential films in the Canadian canon. It has consistently remained near the top of the list of Top Ten films made in Canada in 3 separate surveys of academics, critics and film programmers, and it has been designated a “masterwork” by the AV Preservation Trust, which until 2009 was dedicated to the preservation of Canada’s audio-visual heritage. Unfortunately, for a long time the film was out of circulation, and an SCTV parody starring John CANDY, Eugene LEVY and Jayne EASTWOOD (who had a prominent role in the original) was better known than the film itself. In 1998 the Toronto International Film Festival, in conjunction with Telefilm Canada, struck a DVD copy from the master negative.

Immediately following the success of Goin’ down the Road, Don Shebib directed the slight teen comedy Rip-Off (1971), again with a script by Fruet and Leiterman behind the camera, and then Between Friends (1973), which some critics consider his masterpiece, although the film had little success at the box office and remains unavailable on DVD. A tale of a botched mine robbery in Northern Ontario, it is a taut, serious dramatic study of loyalty, Canada/US relations and the limitations of male bonding. Its failed heist sequence rivals any American film noir.

Shebib followed Between Friends with 2 indifferent films, Second Wind (1976; GENIE AWARD for best editing) and Fish Hawk (1979; Genie nomination for best director), but returned to form with Heartaches (1981; another Genie nomination for best director), starring Margot KIDDER and Annie Potts. In this variation of Goin’ down the Road, 2 working-class women head for Toronto in search of a future. It is an accomplished, well-directed film but is nonetheless sentimental in tone and has none of the real pain of Shebib’s earlier works. Kidder is terrific as the foul-mouthed, man-hungry Rita. The film won Genie Awards for its screenplay, and for Kidder as best actress and Potts for best foreign actress. It was also nominated for the Golden Bear at the Berlin Film Festival.

Since then Don Shebib has worked primarily as a director for television, with only occasional forays into features. His other films include the shorts The Duel (1962), Surfin’ (1964), Satan’s Choice (1965) and Good Times Bad Times (1969; CFA for best documentary and sound editing); By Reason of Insanity (1982) and Slim Obsession (1984) for the CBC series For the Record; the television movies The Pathfinder (1996) with Graham GREENE and The Little Kidnappers starring Charlton Heston (1990; GEMINI AWARD nomination for best direction in a dramatic program); and the features Running Brave (1983), The Climb (1986), Change of Heart (1992), The Ascent (1994) and Down the Road Again (2011), where he revisits the characters from Goin’ down the Road, although Paul Bradley, who played Joey, died in 2003. Don Shebib’s television work also includes the series The Edison Twins, Night Heat, Counterstrike and The Zack Files. 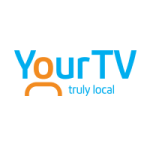