Heralded as exciting proof of a new wave of genre movies by Indigenous directors, this second feature by Mi’gmaq filmmaker Jeff Barnaby takes the zombie movie to places it’s never been. Barnaby’s tense and grisly thriller takes place in the fictional Red Crow Reserve, whose police chief Traylor (Michael Greyeyes) becomes one of the first to notice strange goings-on that suggest the dead may no longer be staying that way. But as is so often the case, the hordes of infected that besiege the community may not be as dangerous as threats from within their midst. Serving up sharp political and social satire with the requisite dollops of gore, Barnaby reinvigorates the tradition forged by zombie king George A. Romero with a gruesome and consistently thrilling allegory about racism and colonization.

A Mi’gmaq director who grew up on the Listuguj Reserve in Quebec, Jeff Barnaby earned widespread acclaim for his stylish feature debut, Rhymes for Young Ghouls. The Globe & Mail hailed the supernatural youth-oriented tale as “a milestone: a savvy native-Canadian genre film with a strong, beautiful and ingenious heroine whose courage helps right an injustice a lot more real than whatever Katniss is fighting for in The Hunger Games.” Barnaby’s many short-film credits include the hard-hitting Etlinisigu’niet (Bleed Down), one of four shorts in the NFB’s Souvenir series, in which Indigenous artists reframe moving images from the NFB archives. 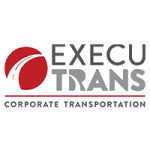