Near the village of Horning’s Mills, Ontario lies a vast site that’s nearly as fascinating as the man who constructed it. Inspired by his scientific and philosophical studies and his concerns about the threat of nuclear armageddon, Bruce Beach began a project he called Ark Two in 1979. What may have looked like an enormous underground bunker built out of old school buses was really his vision for humanity’s future, complete with a team of young recruits and a new language. Filmed just before Beach passed away last year at the age of 87, Paul Marc Kell’s documentary tells a story that frequently seems too wild to be true. Yet what may be most startling about the film’s subject is how prescient he was about the world we now occupy. 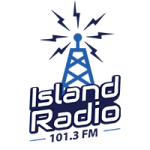