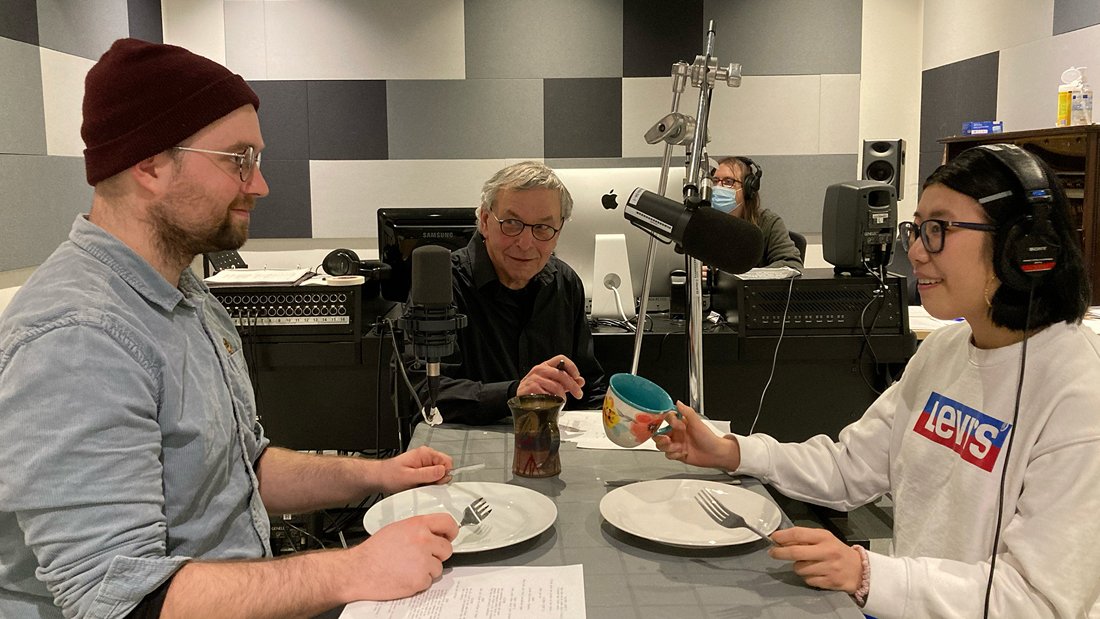 This is a free, ticketed event.

KCFF and Radioland Media are excited to present an evening with veteran writer-director Clarke Mackey (Til The Cows Come Home) who will share excerpts from his new audio drama series The Makers and Shakers Society. The event will be accompanied by a Q&A and many cast members will be present.

Synopisis:
Grace, Seth, Leah and Oliver come from very different backgrounds. Inspired by Greta Thunberg, the meet in grade twelve at KCVI and become climate activists. Each in their own way, they struggle to survive the climate apocalypse. A climate-friendly government takes power in Ottawa but is battered by backlash and scandal. By 2038, the four friends are forced to make hard choices.

Episodes are broadcast every Thursday at 7:00 pm on CFRC 101.9 FM from September 15 to October 20. Podcasts for each episode available the next day on your favourite podcast app.

Funding for The Makers and Shakers Society was provided by the City of Kingston Arts Fund and The Community Foundation of Kingston and Area.

For more information go to makersandshakers.ca

On September 24, Mackey will talk about the origins of the series, why he chose audio drama as a medium, and how fiction can help us think more clearly about the climate crisis. He will play excerpts from the series and answer questions from the on-stage interviewer and the audience.

Many cast members will be present and there will be live performances of songs from the series by actor-vocalist Jackson Watt-Bowers and composer Kevin Bowers.

Clarke Mackey started writing and directing films in the late 1960s while still in high school. His first feature, The Only Thing You Know (1971) won two Canadian Film Awards and is considered by many critics to be an important film in the early development of independent cinema in this country. In the 1980s, Mackey directed several episodes of the Emmy Award-winning TV series Degrassi Junior High. His many documentaries have addressed important social issues over several decades.  In 2018, Mackey was awarded a “Mayor’s Creator Award” from the City of Kingston. He is an Emeritus Professor in the Department of Film and Media at Queen’s, where he taught for thirty years.