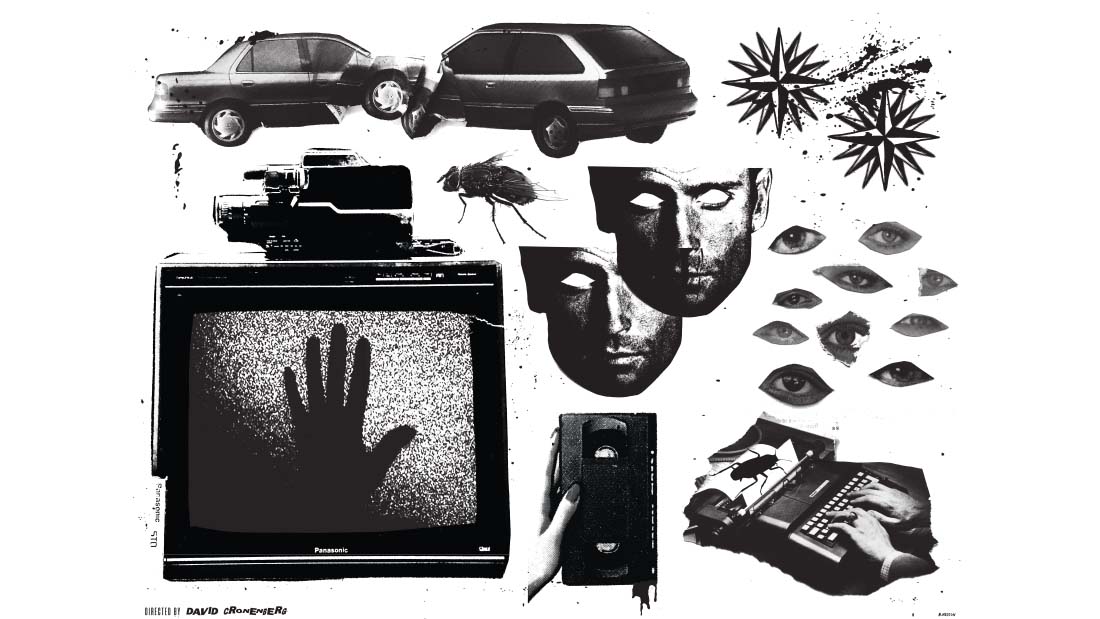 David Cronenberg, or the ‘Baron of Blood’, has had a lasting impact in Canadian cinema and the horror genre more broadly. Cronenberg erupted into Canadian film consciousness with his immensely controversial feature, SHIVERS (1975). Produced during the tax-shelter years of the 1970s, the film follows residents in a high-rise apartment building who are all eventually infected with a sexually transmitted parasite. The bulbous, fleshy, crawling worms induce a frenetic sex drive in its victims, allowing them to spread rapidly. Bearing little resemblance to the NFB’s social dramas or political documentaries, Cronenberg’s government-funded hyper-sexualized horror films sparked heated debates on the purpose of cinema in Canada. Thankfully, the varied reception of Cronenberg did little to staunch his career. After SHIVERS, Cronenberg would make internationally recognizable sci-fi horror narratives like SCANNERS (1981), VIDEODROME (1983), THE FLY (1986), DEAD RINGERS (1989), and NAKED LUNCH (1991). Most Cronenberg aficionados credit the director with inventing the ‘body horror’ genre in film. An aesthetic attuned to the psychological effects of the horrifying mutability of the body through disease and sexuality, Cronenberg’s protagonists are often obsessed scientists driven to madness and death in the pursuit of success, esteem, and power. Cronenberg is emblematic of a branch of Canadian cinema which celebrates depictions of the weird and socially repressed.  – Emily Sanders

Benjamin Nelson has been a graphic designer, printmaker and active member of the Kingston arts community for over 15 years. A keen interest in 20th century pop-culture, design history, minimalism and modernist architecture often influence his visually striking work. Using illustration, collage, analogue and digital techniques he creates original artwork for musicians, record labels, festivals, art organizations, and galleries. Nelson has also been fortunate enough to perform live music across the world with such notable local bands as PS I Love You and Deux Trois.