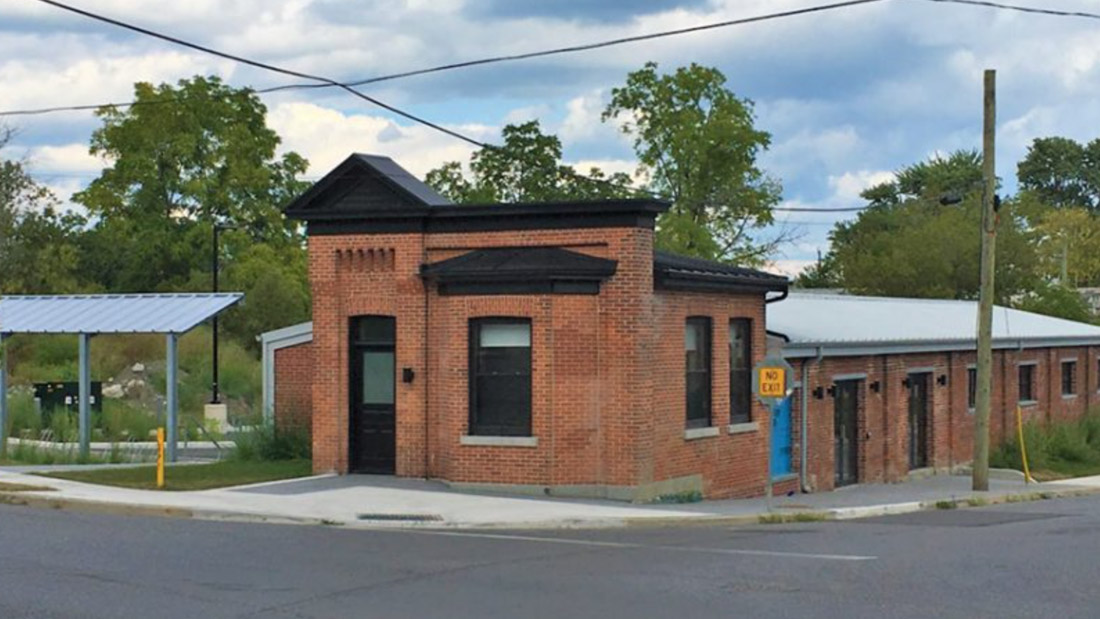 The Broom Factory project is an innovative new initiative led by the Kingston Canadian Film Festival, the Kingston Film Office, KPP Concerts, and RAW Design. The project seeks to develop a thriving community hub in Kingston’s Inner Harbour neighborhood, serving film, music, design, and the broader arts in general. The space will be open to everyone, serving as an ideal place for coffee and snacks (in the TULA cafe!), meeting, working, showcasing, exhibition, and community building.

The project is named after the Bailey Broom Factory, which had sat derelict for decades and was set for demolition in 2017. RAW Design rescued and revitalized the 100+ year-old building, retaining many original heritage features. The building is located on a former brownfield site with extensive site remediation and clean-up, which highlights this adaptive re-use of an existing building. The building is “net zero ready”, designed to be ultra-efficient, with the goal of being net-zero energy in the near future. The building is completely electric with no reliance whatsoever on fossil fuels. The space comes with two charging stations for electric vehicles and a tire filling and bike-lock station for bicycles.

Finishing touches are underway and we expect a late summer opening! However, keep your eyes and ears open for early-bird events, like workshops, screenings, and yoga, for starters. Lots more to come – we can’t wait!

The Broom Factory project is supported by the Government of Canada’s “My Main Street Community Activator” (delivered by the Canadian Urban Institute) and the Canada Community Revitalization Fund.