Rating: most audiences; alcohol use

The vulnerability of people living on the streets in Canada’s big cities is made powerfully clear by this remarkable and affecting drama, a self-funded feature debut by Calgary’s Caleb Ryan. The deserving winner of an acting prize at the ReelWorld festival last fall, Luke Oparah anchors the film with his compelling performance as Frank, a homeless man and alcoholic doing what he can to survive Calgary’s harsh winters. Though new opportunities and new connections (including one with a dog in equally dire straits) may lead to better times for Frank, the pains of his past threaten to isolate him again. Eschewing easy sentimentality and easy solutions by focusing on a complicated and often combative character, Ryan has crafted a raw, urgent and authentic portrait of a life at the margins. 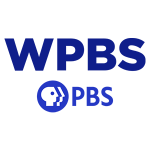