The filmmaker behind such past fest must-sees as C’EST PAS MOI, JE LE JURE! (KCFF09) and the Oscar-nominated MONSIEUR LAZHAR (the People’s Choice Award winner at KCFF12), Philippe Falardeau returns with one of his most engaging films to date. For his third English-language effort, Falardeau brings viewers into the heady yet fiercely competitive literary world of 1990s New York. Margaret Qualley stars as Joanna, an aspiring writer who takes a job at a literary agency. As she learns the ways of the business under the not-so-gentle guidance of her boss Margaret (the always great Sigourney Weaver), Joanna also makes an unexpected connection with the agency’s most famous and mysterious client, none other than J.D. Salinger. Based on Joanna Rakoff’s memoir of her own time in the publishing-world trenches, Falardeau’s film is a witty and often surprising story about creativity and courage. 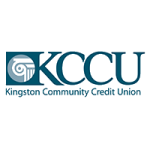