Out of the Blue

Rating: most audiences; alcohol and drug use

Made on a shoestring budget in Vancouver and originally released in 1980, this raw indie drama marked the beginning of the way back for iconic actor and filmmaker Dennis Hopper after many years as a Hollywood pariah. Originally enlisted to play the young heroine’s ex-con father, he stepped in at the last minute to also direct this story of a rebellious teenage girl (Linda Manz, then coming off her debut in Terrence Malick’s DAYS OF HEAVEN) who becomes immersed in Vancouver’s punk scene. The onscreen presence of many genuine punk rockers and bands such as Pointed Sticks add great authenticity and immediacy to Hopper’s portrait of a vulnerable youngster and a broken family caught in a downward spiral. Long out of circulation despite its reputation as one of Hopper’s best directorial efforts, OUT OF THE BLUE was recently restored for its 40th anniversary. 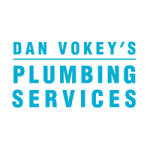