Literature for young readers is full of brainiac sleuths who never fail to crack a case but what happens when these characters get too old to be quite so cute and clever? That’s the premise for this darkly hued comedy stars Adam Brody as a smalltown P.I. whose youthful success is long behind him. But when a teen played by Sophie Nelisse (MONSIEUR LAZHAR, KCFF12) enlists him to look into her boyfriend’s murder, the washed-up gumshoe finds his shot at redemption. Making his directorial debut after helping create such standouts as THE DIRTIES (KCFF14), writer-director Evan Morgan delivers a hugely entertaining mystery story whose wry humour boasts a harder edge. 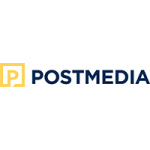