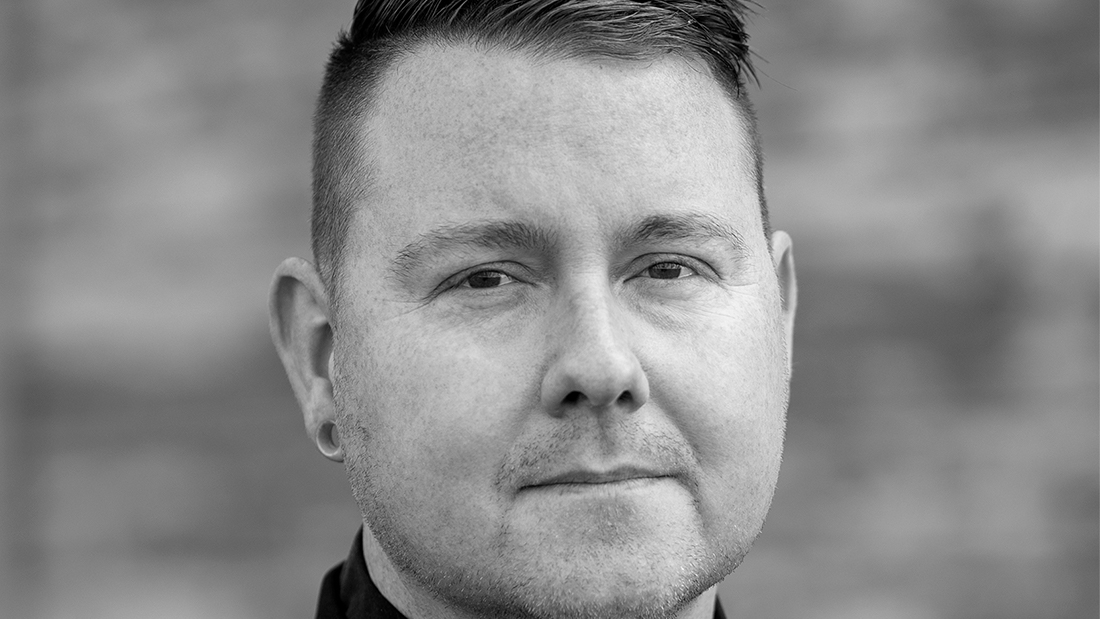 KCFF’s Sloan Westlake had a chance to catch up with WORKHORSE director Cliff Caines to chat about a chance encounter with a heavy horse that first inspired him to make this film, plus his 20 year friendship with cinematographer Ryan Randall, and his upcoming projects in Northwestern Ontario.

What was your inspiration for WORKHORSE?

I had just finished my first documentary A Rock and a Hard Place in late 2014 when I happened upon my first ever horse pull at the Kinmount Fair, one of the many annual Fall Fairs held locally in the rural farming and cottage country of Haliburton County.

My chance encounter with the heavy horse pull left an indelible impression. It was the main event on closing night of the Kinmount Fair, attracting hundreds of spectators who surrounded the track. Emerging from darkness, approaching a sled weighing over 10,000lbs, a team of massive workhorses were gracefully driven into position by their teamster. As the horses were ‘hitched’ to the sled in one continuous motion, they exploded in a breathtaking display of muscle, power and dirt. I was hit with a kaleidoscope of emotions, from wonder to sorrow. In that moment, the whole history of the horse’s central but now largely forgotten role in human history flashed before me. It was this moment that inspired me to make Workhorse.

What intrigued you about this subject and why did you choose it?

When I first encountered the horse pull at the Kinmount Fair, I had just returned from my hometown of Red Lake in Northwestern Ontario where I had been filming with gold miners 7000ft underground. I was thinking a lot about labour, resource extraction, and our relationship with nature. I started drawing connections between the mining, logging and farming industries in Canada from this perspective. These connections represented a history of colonialism and capitalism, yet one of the connections that I had not considered was the horse. I discovered Ann Norton Green’s excellent book Horses at Work: Harnessing Power in Industrial America. In it, Green convincingly argues that horses were central to commercial and industrial development in nineteenth-century America. At their peak, horses were bred and maintained as living machines essential to both everyday life and commercial development, but their numbers and importance eventually declined with the emergence of the steam and combustion engines. If nineteenth-century America was dominated by a society of horses and humans living and working together, I was interested in what became of that relationship now.

What message do you hope to portray throughout your film?

In his heart-rending essay “Why Look at Animals?,” John Berger laments that in the last two centuries, animals have gradually disappeared. Today we live without them. In this new solitude, he argues, anthropomorphism makes us doubly uneasy. The gradual reduction of animals from cave to cart to cages has a theoretical as well as economic history, Berger observes, and it is part of the same process as that by which we have been reduced to isolated productive and consuming units. With the rise of industrialization, animal labour was gradually replaced by machines, and the distance between human and animals as living beings was further emphasized.

This expanding distance between human and animal became a starting point for me when making Workhorse. From this jumping-off point, I was interested in presenting a rich, textural experience with multiple entry and exit points. I wanted to invite an ongoing re-evaluation of our own relationship with horses, animals, nature, labour and industry. I was also (and still am) interested in the role of cinema in this context.

Full disclosure: I had zero experience with horses when I started making this film. I was also a little afraid of horses. I had a healthy respect for their physical power, but I think I was more apprehensive of their intelligence (i.e. that spiritual quality of the animal’s gaze that Berger speaks of).

When we first started filming with workhorses on location for this project, both myself and our crew shared an initial unease. You could tell that the horses sensed this in us. The enormous size and physical power of the draft horses can be especially intimidating. In fact, simply expressing the massive scale of the horses was one of the key creative challenges of the film. The horses reflected our unease at first, but I was surprised at how quickly they warmed to us. Once we got to know each other, it was like we were part of the team. The horses were always aware and considerate of where we were. They were even playful at times – when they weren’t on the job of course. By the end of filming, I felt very comfortable with the horses. I even started to get to know the horse’s individual personalities. I only spent a few days with Orlagh logging in the forest, but I think she was my favourite.

Ryan Randall works with the Queen’s University Film department, what was your experience working with Ryan? Have you worked with him before?

Ryan and I have been making films together for almost 20 years. We met in 1998 as art students at the Ontario College of Art & Design. We started collaborating shortly after that, so we’ve been working together for a very long time. We are close friends, colleagues, and creative collaborators. Workhorse is our second feature-length collaboration, for which (I’m proud to say) Ryan deservedly received a nomination for the CSC 2020 Robert Brooks Award for Documentary Long Format Cinematography. We’ve only started working with the documentary form in the last 10 years, so much like our earlier films, our approach is a little more open and creative. When developing a film, we try to give ourselves as much time and space as possible to test and find our approach. I usually spend a year or two researching a project before we start working more intensively, but Ryan is always part of the process from the beginning.

Ryan is also always up for a challenge, and Workhorse remains the most technically challenging film that we’ve worked on to date. I had a very specific approach to filming and framing in mind, and so it took a lot of testing and experimentation in the field until we felt that we got it right. My goal was to capture the scale, pacing and patience of working with horses in our cinematography, and the solution was to reflect that patience in our filming. The horse pull at the Kinmount Fair had very different pacing though, and capturing the live event proved the most technically difficult part of the film to shoot. Planning and coordinating a large-scale, live, multi-cam shoot is a very specific challenge on the micro-budget of an independent Canadian documentary. We had three separate camera teams dancing in concert with one another as the event unfolded, and we could only estimate what the horses would do. We practiced filming other horse pulls for a whole season leading up to the event. We found a rhythm in the end. All told, we filmed around 100 hours of footage over two years.

I am currently developing two new projects as part of an ongoing Northwestern Ontario documentary series. One is a more personal documentary exploring the 1989 suicide-by-explosive of Larry Costello, an underground miner from Northern Ontario who I discover was my estranged biological father. It’s a difficult film that I’ve waited thirty years to make. The second project is a documentary exploring one of the two remaining proposed sites for Canada’s first Deep Geological Repository for the long-term storage of nuclear waste in Ignace, Ontario. I’m planning an absurdist approach to that one.