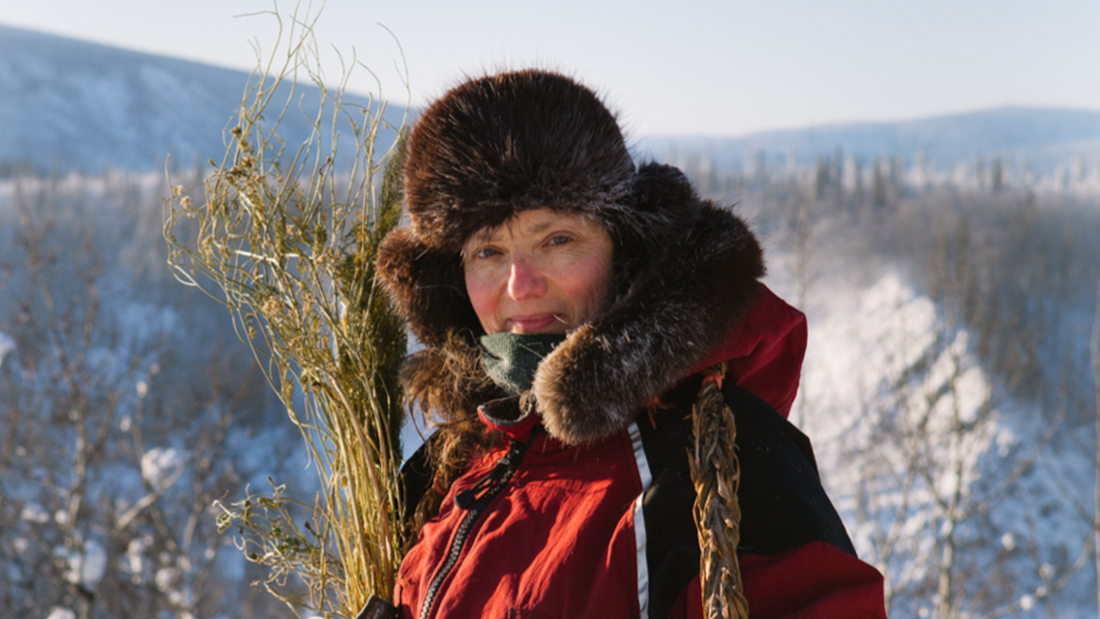 Suzanne Crocker was a med student at Queen’s University in the late ‘80s. Now she makes films in Dawson City, Yukon, including the KCFF15 People’s Choice Winner ALL THE TIME IN THE WORLD and the Hot Docs fave FIRST WE EAT (which is screening at KCFF this year – check it out here!).   KCFF’s Sloan Westlake had a chance to catch up with Suzanne Crocker in advance of the Fest!

What inspired you to become a filmmaker after years of being a family doctor? What influenced you to make this career change?

I actually retired from rural, remote family medicine in order to spend more time with my young kids. (fyi: I’m a Queens MEDS’89 grad.) I was not expecting to have a career change! Ironically it was my kids who got me into film. My son started creating stop motion animations when he was five. My kids created short films that were accepted at film festivals before I ever did. Following in my kids’ footsteps, I began experimenting with stop motion animation and quickly became bitten by the filmmaking bug. Retirement from medicine allowed me the time and space to use the other side of my brain and let the creative juices flow. I ended up creating 10 short films in one year and then made the leap to feature length documentary.

What/who were some of your major influences when you first started out?

Besides my kids, other important early influences were the amazing art & film community in this tiny town of Dawson City, Yukon. KIAC (Klondike Institute of Art and Culture) hosts the Dawson City International Short Festival annually as well as multiple short filmmaking workshops . Dawson is the kind of community where you feel supported to just pick up a camera and give it a try. Filmmaker Lulu Keating, who also lives in Dawson City, was one of my first and most influential mentors. Dawson filmmaker, Dan Sokolowski, was a great influence in the stop motion animation world. Other Canadian filmmakers from whom I have drawn strength and inspiration over the years are Nettie Wild and Sophie Deraspe.

What advice would you give to someone who wants to make a career change to a filmmaker, similar to what you did?

Don’t make a career change into the film industry for the paycheque! Don’t hesitate to pick up a camera and just give it a try.   Make a short film with no pressure on yourself for it to be brilliant. Short filmmaking workshops can be helpful to introduce you to some basic filmmaking and editing techniques. But you will quickly discover if you have a passion for story telling through film. And if you do, my next piece of advice is to trust your instincts. There are a lot of different ways to tell a story through film. As an emerging filmmaker, you may be pressured by others who have been in the business much longer to alter how you tell your story. If advice from others resonates, then go for it. But if it doesn’t, then trust your instincts and tell the story the way you want to.

Do you find there are any similarities between being a family doctor and a filmmaker?

Yes, definitely. The power of observation and the art of listening are very important skills in both documentary filmmaking and medicine. Plus people skills in general. Organizational skills and the work ethic I derived from studying and practicing medicine have also been very useful in the film industry.

What was your inspiration to make FIRST WE EAT?

Back in 2012 the only road into the Yukon was blocked for several days by a landslide, It was eye-opening how quickly the seemingly ‘endless supply’ of grocery store food left the shelves bare in the big supermarkets in Yukon’s capital of Whitehorse. I was disheartened to realize that 97% of our food is trucked in from down south, thousands and thousands of kilometres away. At the same time I was inspired when I heard that a hundred or so years ago Dawson was able to produce 97% of its own food. I was also inspired by reflecting about a time prior to colonization when indigenous people of the north ate 100% local and were able to get all their nutrients from food from the land. Somehow we have done an about flip and gradually become incredibly dependent on food shipped from afar. When I learned that the majority of vitamins in fresh greens are lost within 5 days of picking, it made me wonder how much nutrition was left by the time fresh spinach reached my plate in January. The more I thought about it, the more I realized all the implications of a long food chain including not really knowing where our food comes from or how it is produced. I thought that the best way to research the issue of food sovereignty in the Yukon would be to put it test, and jump in with both feet. What better way to reveal the possibilities and the choke points than actually trying it! So I took absolutely all the grocery store food out of my house and challenged myself to feed my family of five (including 3 insatiable teenagers) only food that can be hunted, fished, gathered, grown or raised around Dawson City for one whole year.

What is next for your career?

Now that First We Eat is finished, I am looking forward to spending the next year or two sharing the film to help celebrate local food in different regions across Canada and to help support organizations who are working on food sovereignty initiatives and advocacy. I love speaking to folks about what I have learned from my experience, both the joys and the choke points, so I hope to have many opportunities for speaking engagements, either virtually or in-person. There may even be a ‘cookbook’ of sorts in the works, another way to share many of the valuable lessons learned that aren’t necessarily in the film. It usually takes me a couple of years after finishing a film to recover, before the creative juices and new ideas start to flow for a next project. My family is happy for the hiatus!

Where do you see yourself in five years?

In five years I will either be in the midst of another big film project (they generally take about 4 years from start to finish) or I will be trying once again to retire!

You and your family lived in the bush for nine months and recently, you and family ate 100% local for a year, do you imagine you and your family will take on any more challenges together? If so, what are they?

In 2010-2011 we took our young family to live in the Yukon bush for 9 months, without road access, electricity, internet and not a single clock or watch. That experience become the documentary All the Time In The World that screened at the Kingston Canadian Film Festival in 2015 where it was honoured to win the Audience Choice Award. (Back to that 4 years per film!). Time marches on. Sam and Kate are now off at university. Probably by the time I have my next brainstorm, Tess will also have left home for university. So I feel it is unlikely that the ‘kids’ will become part of the next challenge. That leaves Gerard! But best to keep any simmering ideas quiet for now, lest he also leave home!