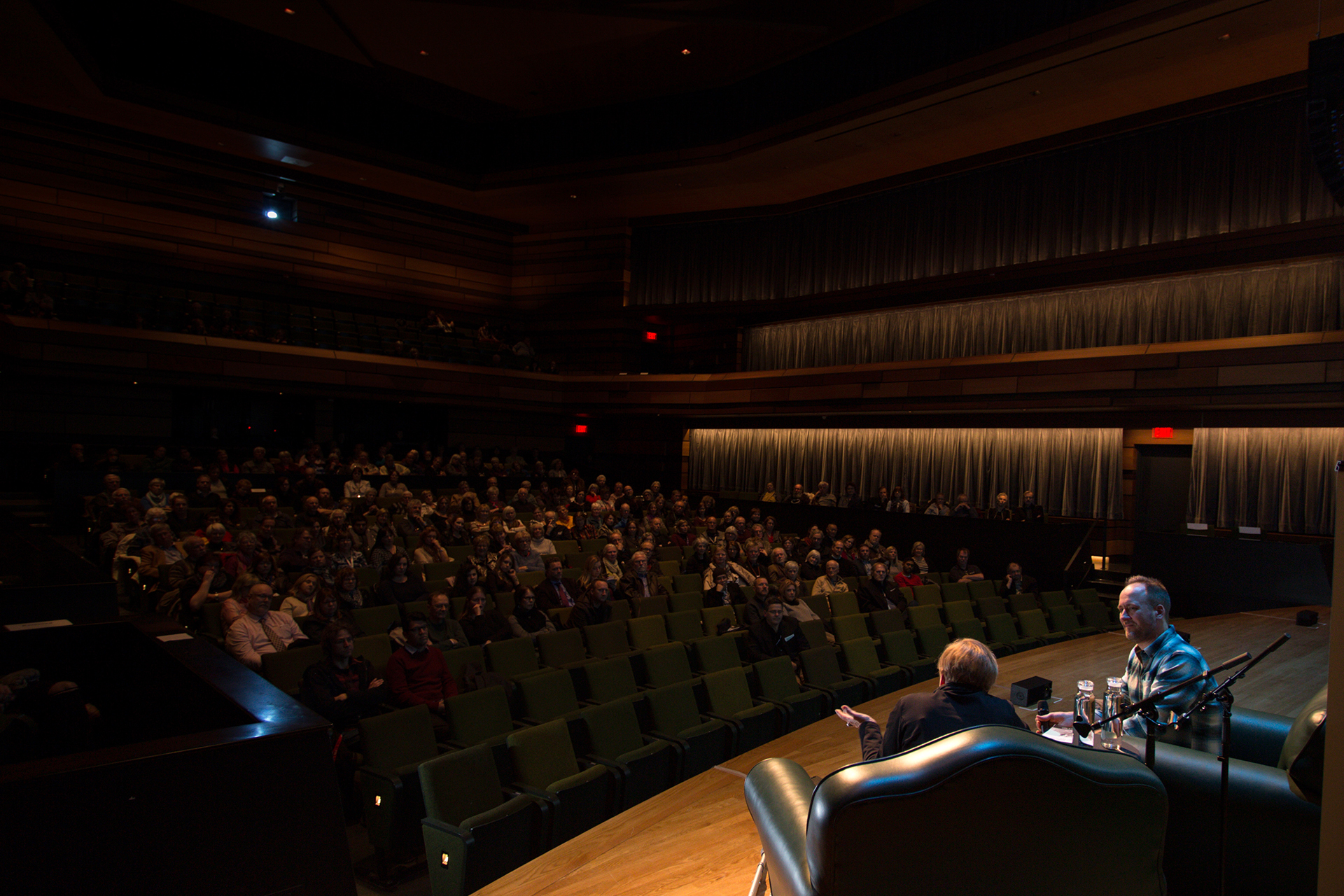 You’ve probably seen him moderate a killer Q+A over the last 10 years, but here’s your chance to get to know the man behind the mic.  Here’s 5 Questions with Jason Anderson, our director of programming.

I grew up in Calgary before coming east to Toronto way back in the ‘90s. I’ve been lucky to work as a film critic, arts journalist, programmer and teacher, too. I’ve been part of the KCFF team since 2008 – I was thrilled when my friend Elan Mastai entrusted me with the programming since he was getting busy writing movies and knew I had a passion for Canadian movies.

2. How is KCFF different from any other film festival you have worked for?

What I love most is the warmth that the audience expresses to the filmmakers who come to town to present their work, which is not something they necessarily feel in a lot of places they go. The amazing hospitality they receive from the whole city is something I know they really appreciate. Great to have so many thoughtful, intelligent and adventurous filmgoers too!

3. What is your favourite part about working at KCFF?

I love being part of a team that shares such a strong vision of what we want the festival to be and of the kind of experience we want to give to both filmmakers and filmgoers. And to see the festival grow by leaps and bounds every year has been so terrific!

4. What are you looking forward to the most at KCFF this year?

What I enjoy most every year is getting to see all kinds of people make connections through their mutual love of movies. So whether that happens at the opening night party or in line-ups at screenings or late-night filmmaker gatherings in various pubs and hospitality suites, that’s hugely meaningful and gratifying to me. Of course, helping get great new movies the exposure (and big screens) they deserve is always nice too.

5. What is your favourite film and why?

Jeez, always a tough one to answer. My favourite Canadian film of all time is Michael Snow’s La Region Centrale but I know that a trippy three-hour experimental movie shot on a camera spinning 360 degrees on a Quebec mountaintop is not for everyone! My other ultra-patriotic picks are Michel Brault’s Les Ordres, David Cronenberg’s Videodrome and Zacharias Kunuk’s Atanarjuat. I’d slip James Cameron’s Aliens onto that list too – it’s not really a Canadian movie but he’ll always be the pride of Kapuskasing.