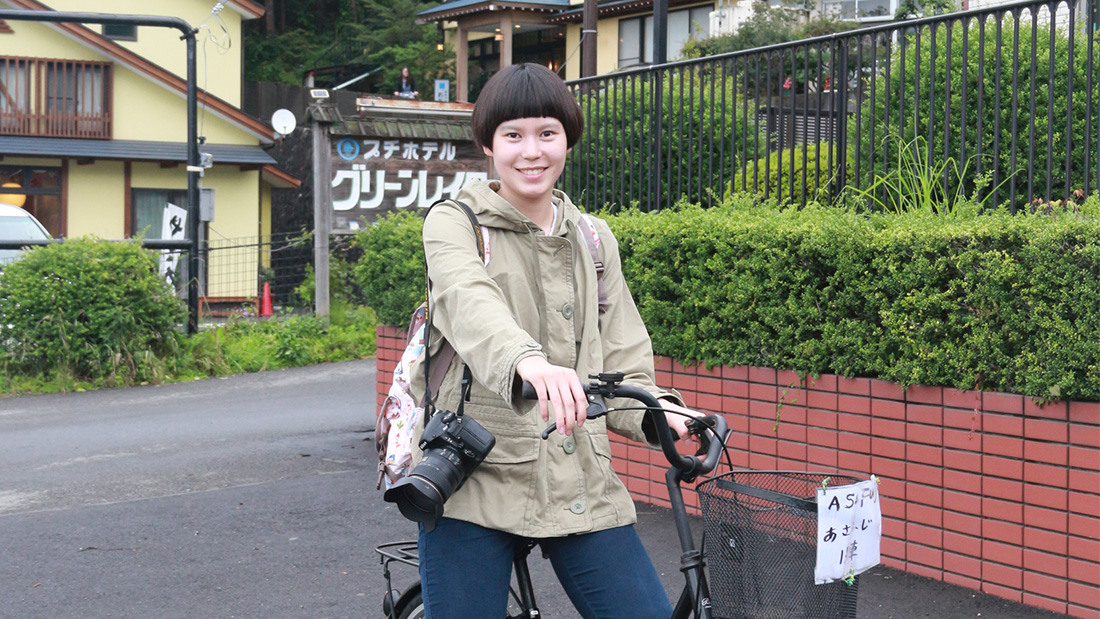 21 Jul Want to intern at KCFF? Here’s a taste of working for the fest

A taste of working at KCFF

When first browsing the KCFF website, I was delighted to find out the organization that work for is “the largest festival in the world dedicated exclusively to Canadian film.” While being a world-class organization, KCFF’s office is rather compact, located on the second floor of a historic community church close to the main street of downtown Kingston, which is also home to many other not-for-profit organizations, such as Reelout Arts Project and Cantabile Choirs of Kingston.

Marc Garniss, the Festival Director, always sits behind a desk facing the office door, and Megan Sirett, the Development/Film Lab Manager, sitting diagonally opposite to Marc. When I was in the office, I loved to join their conversations, sometimes about the festival, sometimes just random chats on news, movies/TV shows, travelling, and more. The atmosphere of the office has been always relaxing and joyful.

Marc is a music person and for most of the time he likes to play some ambient while working. During the 2016 U.S. election period, I heard more news broadcasts from his laptop than music, which spread out the topic of our office chat. He is far less serious as a colleague as his title sounds like, but is serious enough to nail down festival matters as his position entitles him.

Megan has deep love for the city and is always passionate about the work she does. I actually think her passion is also towards the people that she works with, as she is such a good listener and possesses the talent of keeping conversations going in an enjoyable way.

The KCFF staff is not numerous, with only Marc and Megan come to work at the office on a daily basis. Programmers, other managers, coordinators, interns, volunteers come to the office occasionally. For me, it was two hours once a week in the office, with remote work to do at home.

My working patterns keep changing as the year goes on.

During the winter, when we were busy preparing for the annual event in March, I helped with duties of all sorts, from conducting interviews with filmmakers and staffs, writing website articles, perfecting the web design, ranking local shorts productions, things that require certain professional knowledge and creativity, to proofing the program guide, importing email lists, putting up posters, clipping line-up flags, which took up a lot of patience and carefulness.

During the four-day festival in March, my main job was to carry my DSLR, running from venue to venue, to take pictures of crowds, theatre scenes, after-screening sessions, etc. The most fun part for me was taking photos of moviegoers standing in front of the festival banner, looking into my eyes through the camera, it was a way of communicating with each of them. I enjoyed so much to observe their various expressions behind the lens, either kind smiles, funny brows, or cool faces. I felt like I could sense the joyful spirit of the festival reflected in the audiences, and I was proud to be one of the photographers who captured those amazing moments.

After the Encore being successfully held in April, the KCFF’17 drew to a conclusion. And when the summer came, a new phase of work began. Traditionally, KCFF hires less work-study students during the summer than in the fall and the winter, as there is less bulky work to be done right after the festival, also students are leaving during the summer break. I feel lucky to work for KCFF in the summer, as I can learn more about everything KCFF, not just about their major event, but other things like accounting, various ways of fundraising, setting up booths to reach out to the community, planning next year’s events, and much more.

I consider my work at KCFF a precious experience for me in many ways. Although KCFF’s work is not directly about film production, it provides a stage for the fantastic movies out there across Canada.

A friend of mine once told me, “organizing film festival mostly requires no knowledge about film.” I agree that there are a lot more to consider when planning a festival than simply screening great movies one after another, but I also think certain insights on film, even popular culture in general, are necessary. As a second-year Master’s student in Film and Media, I always wanted to test/verify the theories that I’ve learned in class and read from big names, to see how much of them could be applied in practice, and there was nowhere as professional and close to campus (so that it is easier for students to balance their full-time school work with their commitment to the festival) as KCFF.

Experiencing a new culture has been always exciting to me. Ten months ago, I flew to Kingston from Beijing, to begin my studies at Queen’s University and my exploration of Canada.

I am a traveler who has been to twelve countries around the globe. Each journey that I had was about discovering the distinct culture of different places. I had been to film festivals in Montreal and Toronto before I worked for KCFF. Interestingly, I noticed that a film festival is significantly characterized by the culture of the host city, which is revealed through the way the organization runs, the selection and the scheduling of the screenings, the style/tone of the publicity, the staffing system, the demographics of the audience, among others.

For KCFF, there is a notable and strong community tie: there are workshops for children, networking events for ambitious new talent to reach out to insiders of the movie industry, showcases for new media works from the Greater Kingston Area and across Canada, etc. There has been also a strong appeal to Queen’s students, as they are an integral part of the Kingston community, as a significant number of the audience, as well as interns and volunteers, are Queen’s students.

My name is Chengcheng Ma, and I have been working for Kingston Canadian Film Festival as a work-study student for ten months since September 2016.