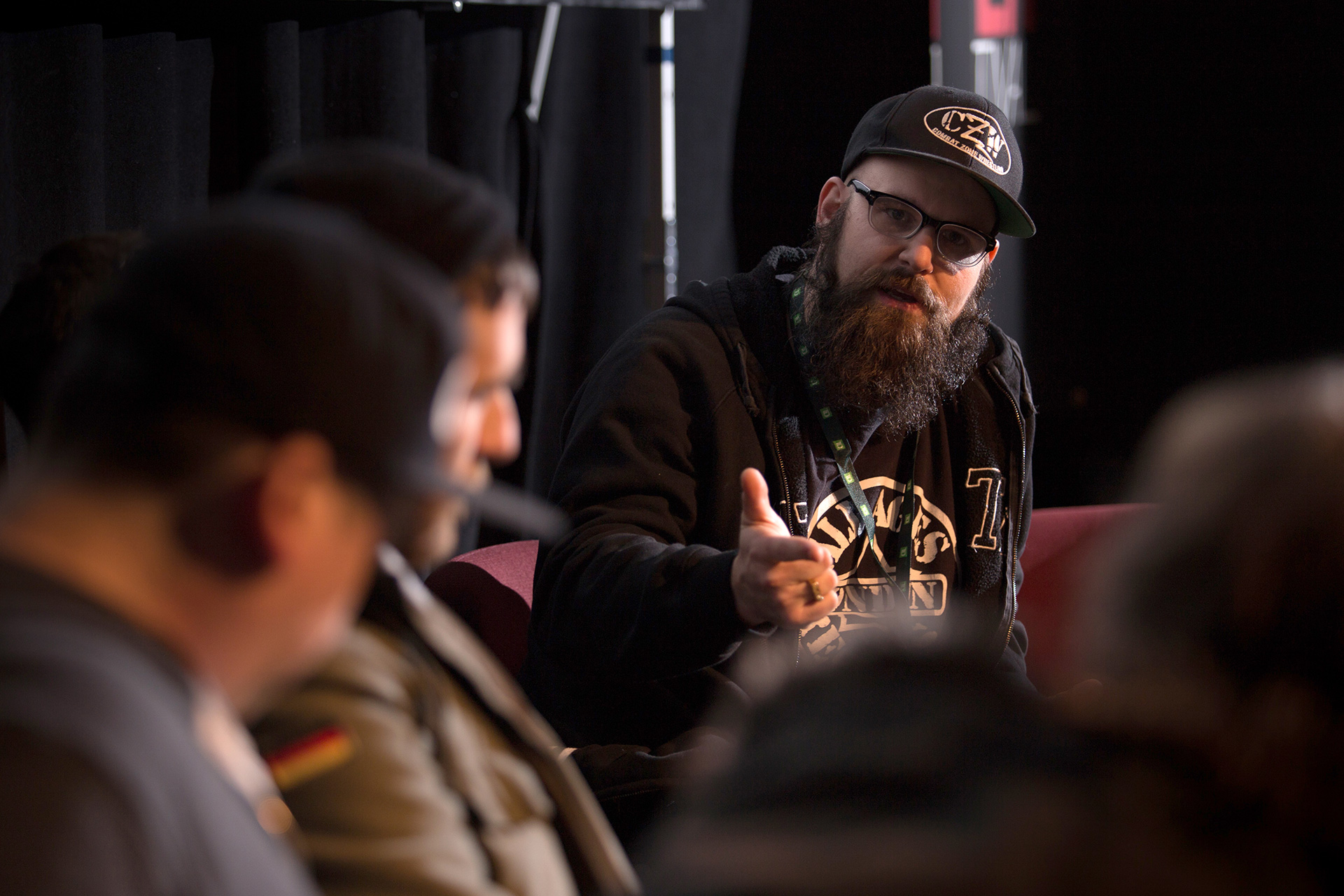 17 Jul In case you missed it… Here’s TOAP live from Kingston!

Back in March, we presented Damian Abraham: Turned Out A Punk LIVE from the Baby Grand.  Now, it’s hit the world wide web and released as part of his podcast.  If you were there, you can re-live the conversation and if not, well then just close your eyes, sit back and enjoy!  Damian says it best, it’s the “Kingston (Canadian) Film Festival Live Super Show!” It all starts at 40:38. They talk about media, our national identity, YouTubers, and Drake, obviously.

Damian is an on-air personality best known as former Much Music host of The Wedge and current VICE documentary Weediquette. He’s also the lead vocalist for Toronto band F*CKED UP, who are signed to Arts & Crafts and Matador Records.  On his podcast, Turned Out A Punk, he’s interviewed guests including Arcade Fire, David Cross, Craig Ferguson, Laura Jane Grace, and many others! At this show, he interviewed DJ NDN (A Tribe Called Red), Chris Colohan (SECT, Cursed, The Swarm, Left For Dead) and Chris O’Toole (TOAPFootnotes) and KCFF fan-fave writer/actor/director Matt Johnston from Vice’s Nirvanna The Band The Show!