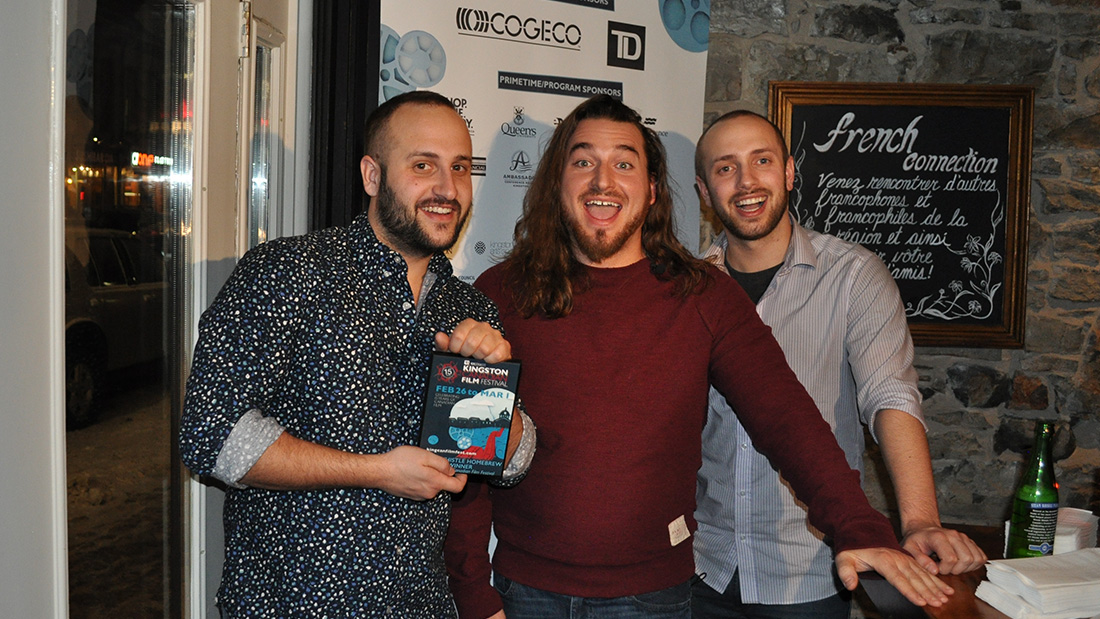 Adam Kirkey is an award-winning writer and director who has worked for a rock magazine, directed music videos and also develops virtual real estate tours.  He’s the head of Slinger Pictures, a production company based in Ottawa and Kingston. He’s directed multiple award winning short films such as A CASE OF DECEIT and SIR JOHN A. AND THE CURSE OF THE ANTI-QUENCHED and is currently working on a new feature film, BROKE AND EDUCATED.

SIR JOHN A won the Steam Whistle Homebrew Award for Best Local Short at KCFF’15 and he’s developed the story into a feature length film that is premiering on Saturday, March 4 at KCFF’17.

My heart wants to say Star Wars Rogue One, but Arrival was such a well-crafted film.

A Case of Deceit, my first film, was a fun project. There are many great memories from this project but the best part about the journey was being able to screen the film to a packed theatre in Edmonton, Alberta. The film was a marathon test of commitment, endurance, and perseverance for myself and those involved, so to see it on a big screen in another city on the other side of the country was an amazing feeling.

What’s great about Kingston — aside from everyone being so nice and welcoming — is that every bit of the city looks like a movie set. The city has so much character and inspiration.

Everyday life! You can find inspiration in the little things every day. Conversations and jokes with friends over dinner, for example, lead me to create the short version of this feature-length film.

The film is about two brothers who become Kingston’s only hope to defeat a demonic curse started by Sir John A. MacDonald.