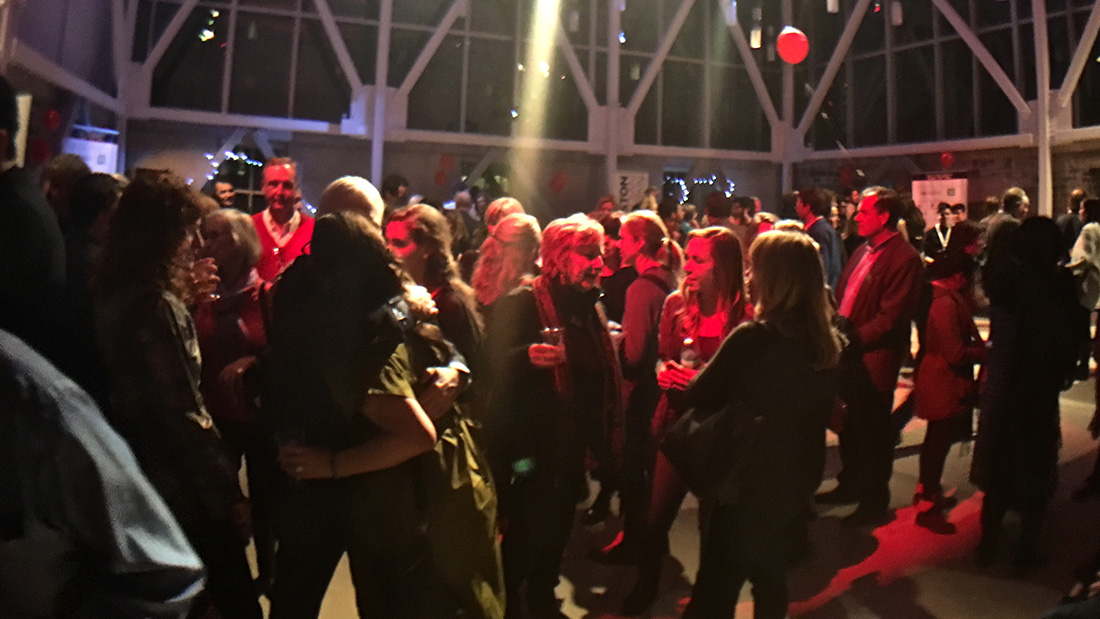 The 2016 Kingston Canadian Film Festival concluded on February 28, a beautiful, warm Sunday that starkly contrasted the storm that preceded opening night. Snow, rain, sunshine – the weather didn’t seem to matter as festival-goers came out in record numbers over the four days of the Festival.  Attendance increased by 15% over the previous season, making KCFF’16 the strongest year ever at the box office!

Scores for the Eye on Canada People’s Choice Award were strong, with 90% of the films receiving a “3 out of 4” or higher.  Popular choices included: Al Purdy Was Here, Closet Monster, Driving with Selvi, Forsaken, and The Messenger.  However, top honours went to Guantanamo’s Child: Omar Khadr (dir. Patrick Reed, Michelle Shephard).

The coveted Steam Whistle Homebrew Award (for best local short film) was another nail-biter, with Icewalkers, Pyramid Scream, and No Means No scoring near perfect marks with our jury.  Top honours in this category went to Ballad of Jack the Tenor (dir. John Abrams) which wowed our audience and jurors.

In its second season, the Youth Shorts Program had a very strong draw, prompting festival organizers to consider a larger venue for next season.  The jury narrowed the final program down to fourteen films, with Water, The Table, Still Okay, and For Poppa all receiving very favourable scores.  However, top honours in this category went to Kurayami No Wa (dir. Morgana McKenzie).  Youth filmmaking is alive and well in Kingston – keep your eyes open for these emerging artists!

The Make a Pitch program saw filmmaking teams pitch new film projects to a group of industry panelists.  After a long discussion, with much deliberation, the panelists selected Curtis Miller as the winner.  Watch for Curtis’ film at KCFF’17!

KCFF thanks its amazing audience for supporting what we do!  With unconventional venues and the desire to keep our festival rooted downtown, there is no comparable template for KCFF to follow – and that’s a good thing!  The Festival experience is truly unique and distinctly Kingstonian.  Festival organizers continually strive to improve KCFF and we are very thankful for all the feedback, suggestions and encouragement received along the way.  If you have an amazing idea for KCFF’17, we’d love to hear from you.

Over one hundred volunteers assisted with box office, ushering, driving and other key roles imperative to festival operations.  Our patrons and visiting industry guests constantly remind us of what we already know – KCFF volunteers are AWESOME!  It may sound cliche, but it’s very true – volunteers: we couldn’t do it without you!

Festival sponsors play a huge role in supporting new programming, special guest travel and hospitality, workshops and outreach, artist fees, awards, and a myriad of other expenses.  KCFF extends a heartfelt thank you to its amazing sponsors: